At least since the last decade, for most Florida workers, average annual wages adjusted for inflation have been stagnant regardless of the economy performance and whether the labor market gained or lost jobs. Figure 1 shows the real average annual wages between 2005 and 2015. Right after the start of the Great Recession in December 2007, real wages went down 1.75 percent, from $45,469 to $44,672. There was a temporary rebound in 2009, but wages declined and remained flat. The average wage between 2005 and 2014 was $44,901 (dashed line). In 2015, real wages were the highest since the last decade, $1,335 above the average, but only $767 above the pre-recession levels.

Map 1. Average Real Annual Wages between 2005 and 2015 by Metropolitan Area 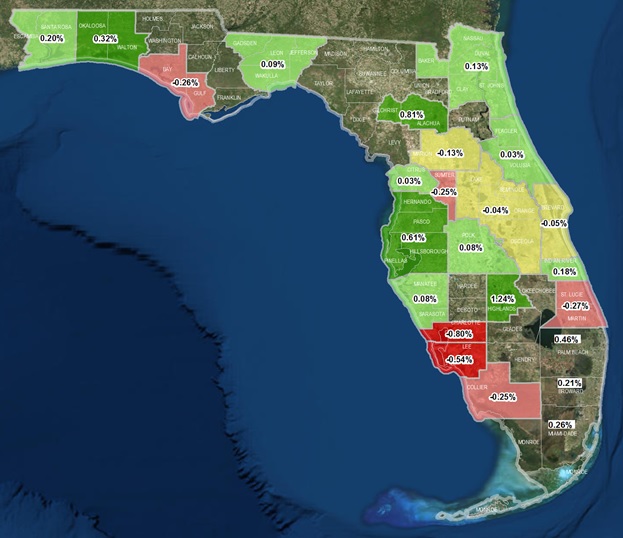 To determine whether a metropolitan area experienced a positive or negative wage growth for a given industry, we used the combined year by year average real wages growth rate between 2005 and 2015. The positive and negative values obtained using this calculation were further grouped by industry, and then classified between those that experienced a positive wage growth, and those that experienced a negative one. The top part of Figure 2 displays this information considering the period between 2005 and 2014, and the bottom part of the figure the period 2014 and 2015. Furthermore, the number attached to the industry’s name represents the average of the combined year by year wages growth rate of all the metropolitan areas in the specified industry. For instance, the -0.4% attached to the construction industry is calculated by adding each metropolitan area between 2005 and 2014 average annual wage growth rate in the industry construction and dividing it by 24, which is the total number of metropolitan areas in the State of Florida.

This value shows that even if the majority of the metropolitan areas show a negative growth in an industry, this does not imply that, on average, wages have had a negative growth overall. For example, the average wages in the leisure and hospitality industry grew 0.08% percent in the state, even though the majority of metropolitan areas were negative.

In the top part of Figure 2, we can observe that the wages were stagnant in all the industries, between 2005 and 2014, since the growth rates fluctuated between minus one and plus one percent. This unresponsive behavior of the wages can be attributed, among other things, to the Great Recession. As the economy slowed down, the firms reduced their cost, causing massive layoffs across industries. The increase of unemployment shifted the bargaining power in favor of the firms, reducing wages overall. The end of the recession was followed by a slow recovery. Florida economy started to recover in 2012, but wages remained stagnant. In particular, the construction industry and the trade, transportation and utilities industry were among the most affected sectors with 21 and 20 out of 24 metropolitan areas experiencing a negative growth rate between 2005 and 2014, respectively.

The economic conditions in Florida improved, and by 2013 outperformed that of the nation. In the subsequent years, confidence in the economy grew, and the expectations for better economic conditions were reflected in a higher level of investment and consumption. As a result, between 2014 and 2015 the wages grew across industries, and across the metropolitan areas in Florida. The bottom part of Figure 2 displays the average annual wage growth between 2014 and 2015. Overall wages increased in all the metropolitan areas, and in particular, the natural resources and mining, construction, other services and financial activities industries displayed the highest wage growth rates. 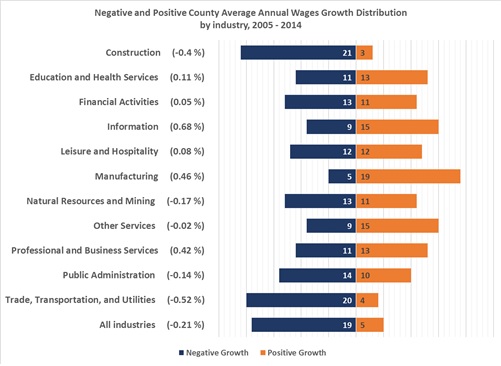 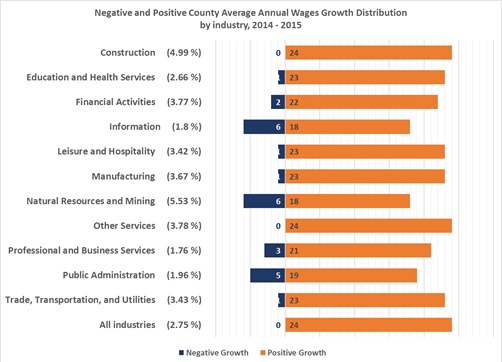 Table 1 illustrates the real wages in 2015 dollars and the corresponding growth rates for some critical years. The quantities are broken down by metropolitan areas, and represent the best description of how wages have behaved in the last 10 years. Average wages seem to be stagnated, with some minimal changes across the metropolitan areas during the years 2005 to 2015. A closer look to the average wage growth rate from 2014-2015 alone, shows a positive substantial change in wages across all the areas. This is consistent with the fact that the economy was in a phase of recovery from the 2008 recession, so that just until the last couple years, the improvement in economic conditions has been reflected on wages. In other words, the recent increase in wages’ growth might end a long stagnation spell. 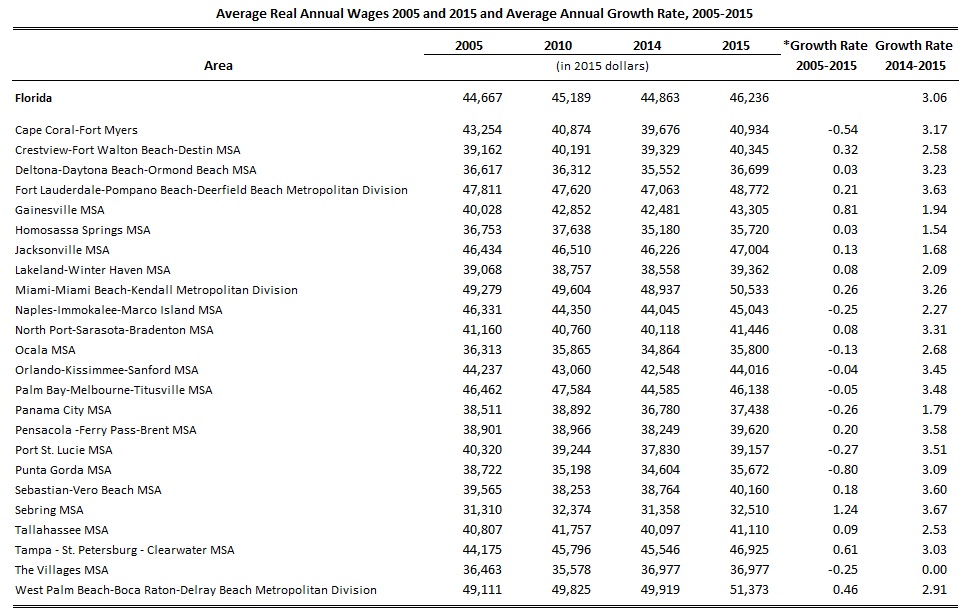