Studying and Shaping Networks of Scientific Collaboration at UF 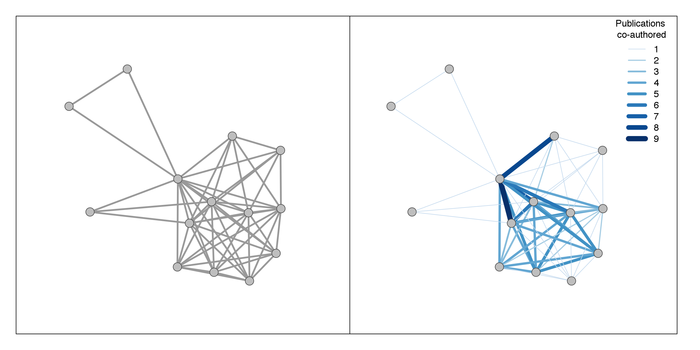 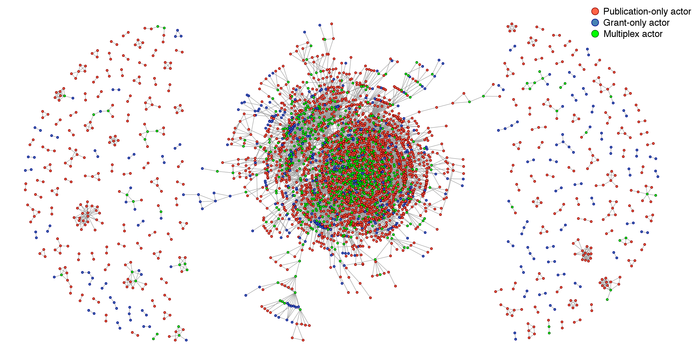 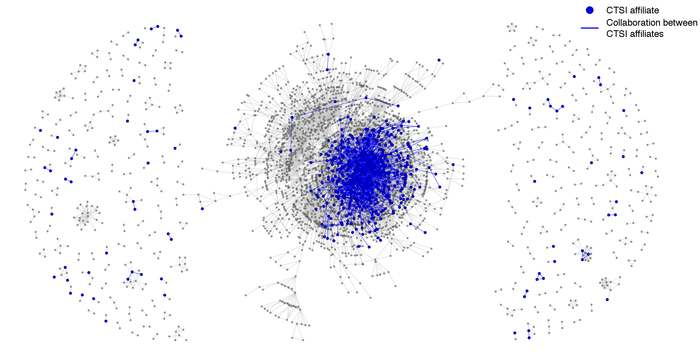 We also defined measures on interdisciplinary research. We started by looking at the "neighborhood" of a researcher in the collaboration network, that is, the set of all his collaborators in a year. Diversity in a researcher's neighborhood, in terms of collaborators' departments, colleges or disciplines, measures how interdisciplinary that researcher's work was in a year. Using this index, CTSI affiliates show an increasingly higher diversity of collaborators compared to non-CTSI researchers, which reveals that the CTSI has functioned as a hub for interdisciplinary research at UF in the last five years. This is confirmed by the sheer number of authors per publication and investigators per grant in the CTSI network, which is on average higher than in the rest of the University. Furthermore, the CTSI network tends to include increasingly more "open triads" than "closed triads" of researchers over the years. Closed triads are groups of three researchers in which everyone collaborates with each other, whereas in open triads two of the three researchers do not collaborate, and the third one is a bridge between them. Because open triads tend to be bridges that span separate and distant areas of the network, this structural feature of the CTSI network suggests a growing diversity of backgrounds, methods, and substantive topics in CTSI-supported research activities. 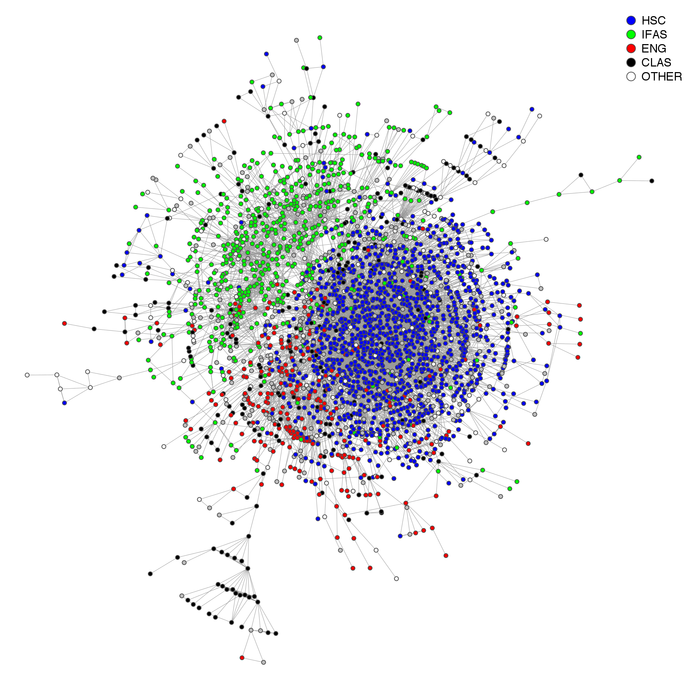 So far, the BEBR/CTSI social network project has provided insights on several aspects of the UF scientific community and its workings, such as:

However, SNA is not only used to describe and explain networks, but also to intervene on them to achieve desirable goals in organizations. One component of our project is to design ways of changing the network, that is, adding or rewiring collaboration links, with the goal of enhancing the scientific productivity and overall quality of the University research network. Using criteria based on network structure, we identified missing collaborations among specific researchers, whose development could be particularly beneficial to both the collaborators themselves, and the whole UF network, for example by connecting entire diverse scientific communities in the University. BEBR carried out a survey among these potential collaborators to explore the possibilities of connecting them, and actually creating the missing links, in an innovative strategy to support scientific research at UF through network interventions.

Results and updates from this ongoing project can be found in a dedicated page in the BEBR website.

The first use of Social Network Analysis in the Social Sciences can be traced back in the 1930s, but SNA did not really develop into a recognized academic fields until the 1970s. Ever since, this set of analytical methods, and the scientific theories it underpinned, became increasingly popular in such diverse disciplines as sociology, physics, anthropology, political science, psychology, marketing, biology, and public health. A good introduction to the history and development of SNA is this Science article: Borgatti, Stephen P, Ajay Mehra, Daniel J Brass, and Giuseppe Labianca. “Network Analysis in the Social Sciences.” Science 323, no. 5916 (2009): 892–5.

VIVO is an open source software system that provides both open-access data on people, organizations, research and events at UF, and a search engine to browse professional profiles in the University. It was originally conceived as an information resource for scholarship, that researchers could use to find potential collaborators and mentors.