Where are Floridians’ Opinions at the Intersection of Energy, Environment, and Education?

Every day we make decisions on environmental issues, from the car we drive to how we power our homes.  The results of our choices may be seen in our wallets and in our surroundings.  Of those people projected to be impacted by the effects of climate change in the United States, Florida residents make up nearly half of the population listed as at-risk from sea level rise.[i]  Often encompassed by doubt, controversy, and public debate, the issue of climate change is often kept at a distance or prioritized below other issues.[ii],[iii]

Where do Floridians’ opinions fall for the intersection of energy technologies, climate change, and educational preparation for tackling environmental issues?  Through a partnership with the Bureau of Economic and Business Research at the University of Florida, 530 Florida residents responded with their thoughts on issues such as climate change, energy technologies, and environmental education preparation for students.

Are we running out?  The prospect of limited supplies is often presented as a reason for decreasing our dependence on fossil fuels.  In this survey, Floridians display a nearly evenly split on this issue, with approximately half concerned and half either neutral or unconcerned.  Although limited supplies may not be a primary motivation for Floridians, nontraditional energy sources like solar panels or hybrid cars may be seen on a daily basis.  The most abundant fossil fuel alternative today, nuclear energy, is comparatively hidden from view.

Historically promoted as an alternative to fossil fuels, the primary benefit of nuclear energy may be a lack of greenhouse gas emissions.  Generating nearly 10% of the state’s energy,[iv] Florida has two active stations:  St. Lucie (near Ft. Pierce) and Turkey Point (near Miami), while Crystal River (near Ocala) has been inactive for several years and is being decommissioned2,[v].  Nuclear energy is a strongly polarized issue.  In total, 61 active nuclear plants[vi] keep the lights on for many Americans around the country, although the nuclear debate continues.

In this study, approximately 40% of Floridians surveyed report that they support nuclear energy.  Another 50% self reported as either neutral or negative.  By comparison, Americans as a whole recently have reached over 50% opposition to (and 44% support of) nuclear energy.[vii] 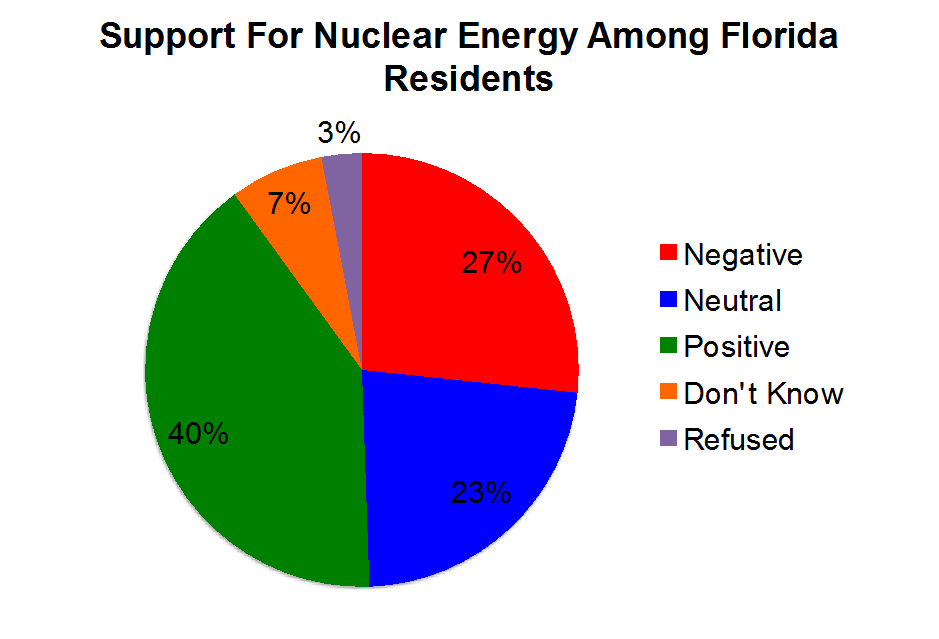 Figure 1.  The support for nuclear energy as reported on a scale as adapted from responses ranging from “do not support” to “strongly support.”

Whether it is called climate change or global warming, just over 40% of Florida residents responded that they are unconcerned or neutral.  This side-by-side comparison aligns with past opinions in the state.[viii]  Overall, in this study, approximately 45% identify as concerned about global warming/climate change.  In a recent study, 41% of Americans reported agreeing that climate change is “harming people now,” exhibiting less concern than most countries worldwide.[ix]  Why might this be?  Partisan politics?  Outlook on environmental impacts?  Environmental education?

The popular thoughts in the recent history of the American public school system may be characterized by underwhelming ratings or greasy cafeteria meals.  Public schools in Florida are in the bottom half nationally and rated at a C-.[x]  Florida residents were polled for their opinions on how the American K-12 systems and colleges/universities are preparing students to tackle large challenges like energy and the environment.  The results of a strong response rate indicate pessimism among Floridians.  Nearly 50% of residents provided unfavorable ratings for K-12 educational preparation of students, compared with 20% for colleges and universities.  Overall, the ratings provided for colleges and universities were comparatively more favorable than for K-12 education.

Figure 2.  The responses of Florida residents for the preparation of the American K-12 and college/university educational systems for preparing students to tackle large challenges, such as energy and the environment.  Results grouped and adapted from a range of “poor preparation” to “adequate preparation.”

Overall, Floridians hold varying opinions on energy technologies and climate change.  Approximately four in 10 respondents were unconcerned or neutral towards climate change or global warming.  However, they appear moderately pessimistic towards educational preparation for tackling environmental issues such as energy and the environment.  These observations on Floridians’ opinions on energy and the environment will be further explored in upcoming publications.

Questions or comments about this study or future work?  Contact by email at ryoho@asu.edu or on Twitter @rachel_yoho

The author wishes to thank the Bureau of Economic and Business Research at the University of Florida for the time in the monthly study of Florida.  Additionally, a National Science Foundation Graduate Research Fellowship (#DGE-1311230) supported the author during this study.  Any opinions, findings, and conclusions or recommendations are those of the author and do not necessarily reflect the views of the National Science Foundation or other entities.